This week, on our weekly firmware news roundup: EMUI 10 is now running on more than a million Huawei devices, the Samsung Galaxy S10 series is now receiving the latest version of Android in Germany, and more!

Many people are eagerly waiting for their device to get the latest version of Android. But, the reality of the situation is that there are a lot of users who are still stuck on Android Oreo or even older versions of Android. 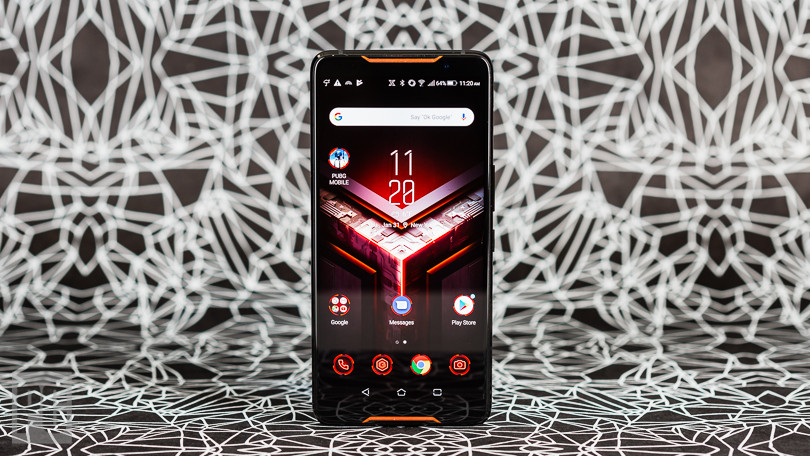 The ROG Phone was one of these devices - until yesterday where it started receiving Android Pie! And while you probably won't get Android 10, this is still better than nothing.

Apart from Android Pie, you're also getting some of its features. Features like Adaptive Brightness, Adaptive Battery, gestures, along with numerous improvements on apps such as the file manager, calculator, clock, etc.

Some things have also been removed. ZeniMoji, Page Marker, AI Charging, and a few more minor things are now gone. That's all for now.

While the ROG Phone just got Android Pie, the ZenFone 5Z is now getting the latest version of Android! 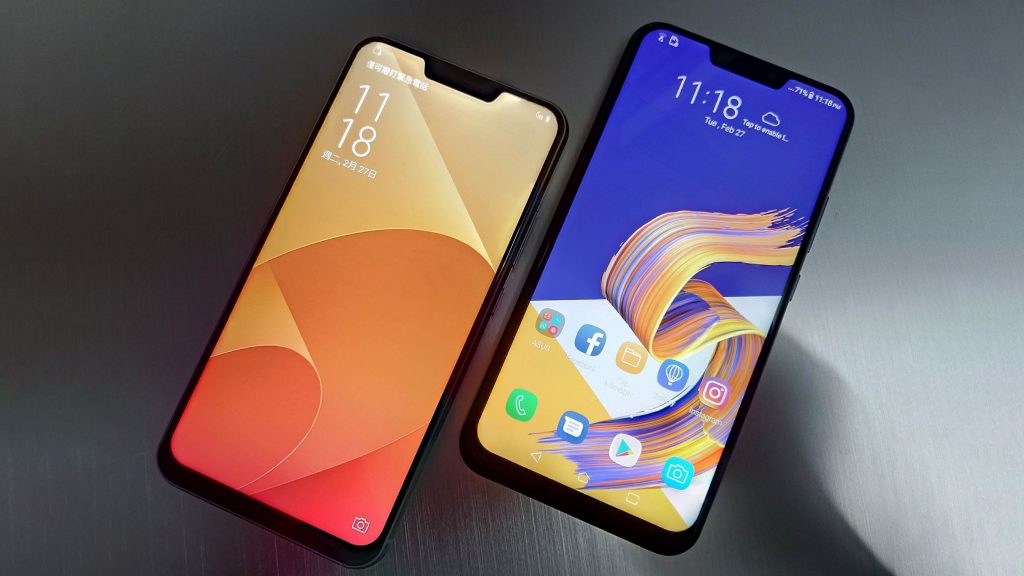 Do keep in mind that this is an incremental update - which means that some of you may have to wait a while before you get your turn. If you're impatient and want to manually upgrade, check out Asus' guide on how to do that.

As for what the update brings, you can expect to get most Android 10 features, a newer security patch, and a few minor UI changes.

Just like with the ROG Phone, some things like Page Marker, ZeniMoki, AI Charging, and other stuff have been removed.

That's all for now. We'll let you know if anything else comes up. So, stay tuned!

Despite its struggles with the US, Huawei has been doing a pretty good job of updating their devices. In fact, according to our sources (Including Huawei's president of BG software department), more than a million Huawei devices are now running EMUI 10! 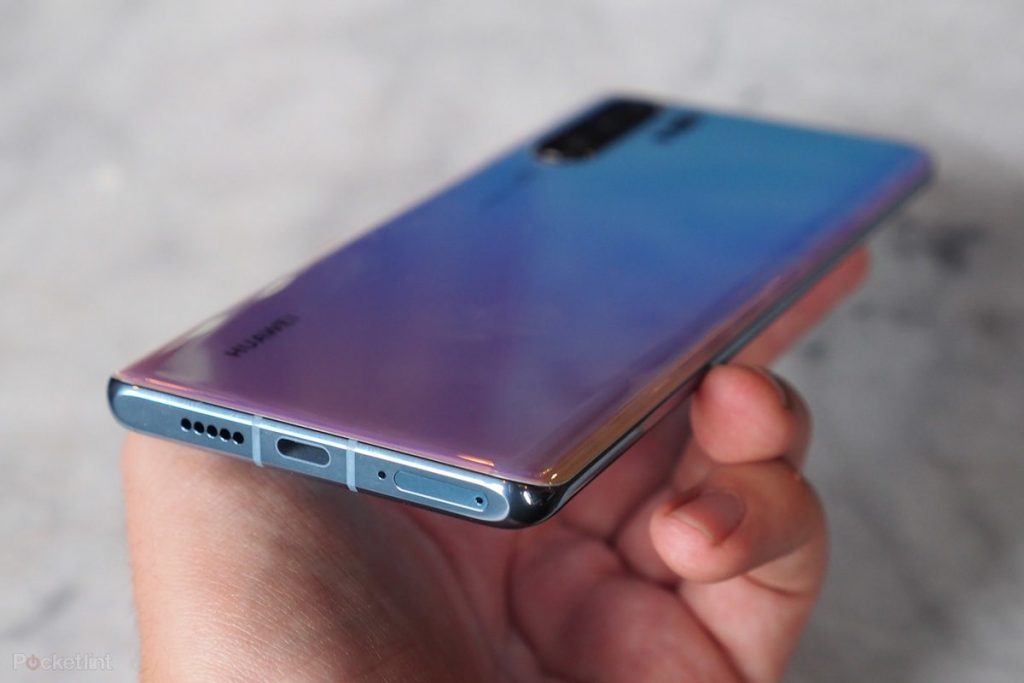 So far, these are the phones that are running the latest version of EMUI:

And that's about it for now. We'll let you know if any other devices start receiving EMUI 10 in the future. So, stay tuned on our weekly news! 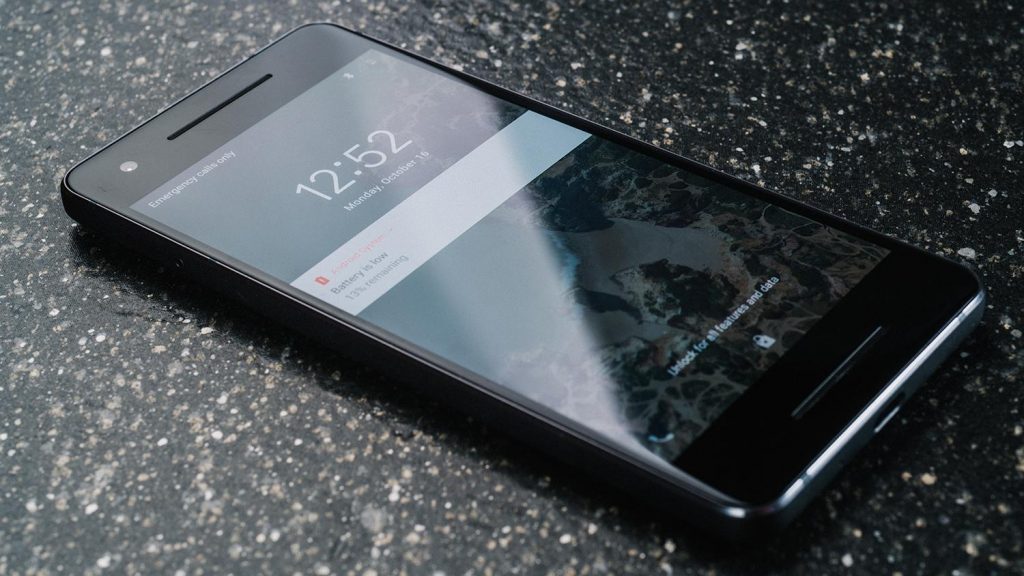 In case you're not familiar with it, this feature was first introduced in the Google Pixel 3 launch. All it does is that it basically allows you to enable "Do Not Disturb" mode simply by flipping the phone upside down.

You should be able to find it and enable it under the:

Up till now, the Galaxy S10 series had received quite a lot of Android 10 beta updates one after the other. In fact, last week we predicted that it would likely get Android 10 stable before the Galaxy Note 10. And it's actually happening since yesterday. 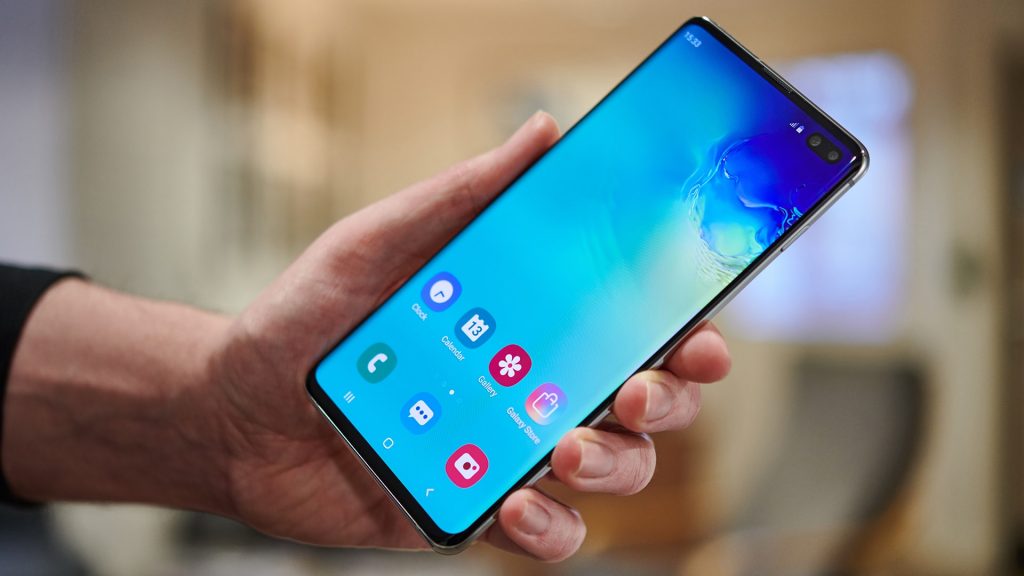 We suppose that the update will soon reach other regions as well. Especially the ones that got the beta updates. But, only time will tell.

Apart from Android 10 and One UI 2.0, you're also getting the December's security patch. Yes, December is not here yet. But, the patch is already out.

In case you're not familiar with it, unlike the original One UI, One UI 2.0 doesn't bring a visual overhaul along with the update. Instead, it mainly focuses on improving the overall use experience while also bringing a couple of new features.

To be more specific, you're definitely getting Google's new gesture-based navigation system and most of the other Android 10 goodies. Things like improved privacy controls, the improved Digital Wellbeing, the system-wide Dark Mode, etc. 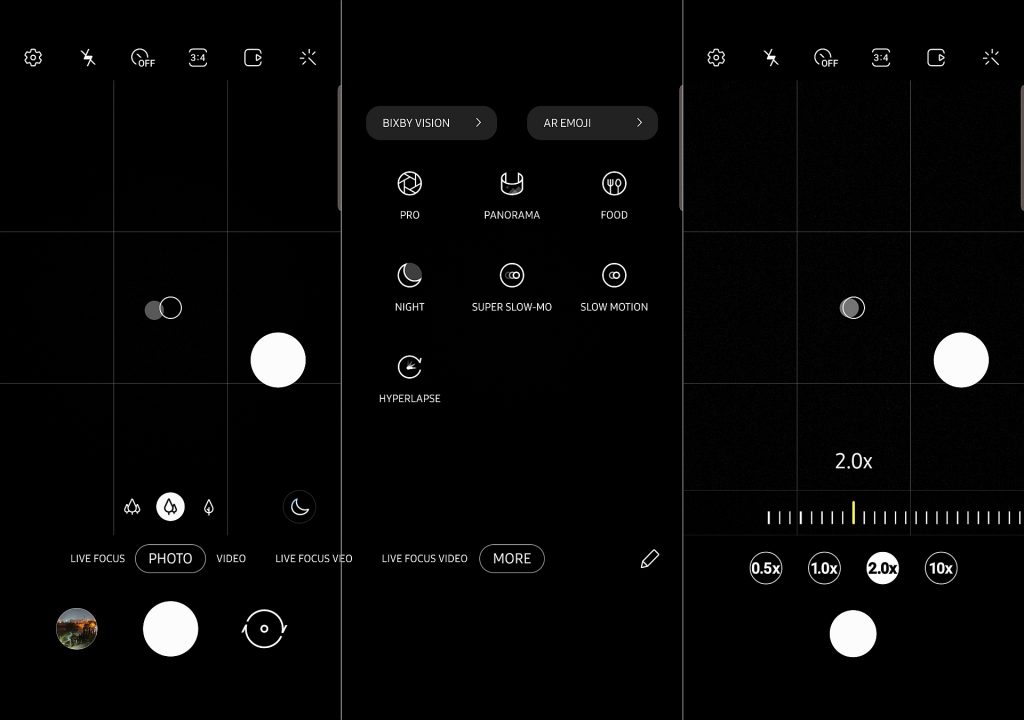 As for One UI 2.0 exclusively, you get a re-designed Camera UI, a built-in screen recorder, more detailed battery stats on the battery section, a new shortcut for enabling one-handed mode, new animations and volume control buttons, and more!

That's all for now. If we learn that the update starts being pushed into other countries as well, we'll make sure to let you know about it.

And that being said, if you end up receiving it in another region, make sure to let us and everyone else know about it in the comments section down below as well!

According to our sources, both the Galaxy Note 8 and the A50 have already started receiving the latest Android security patch! 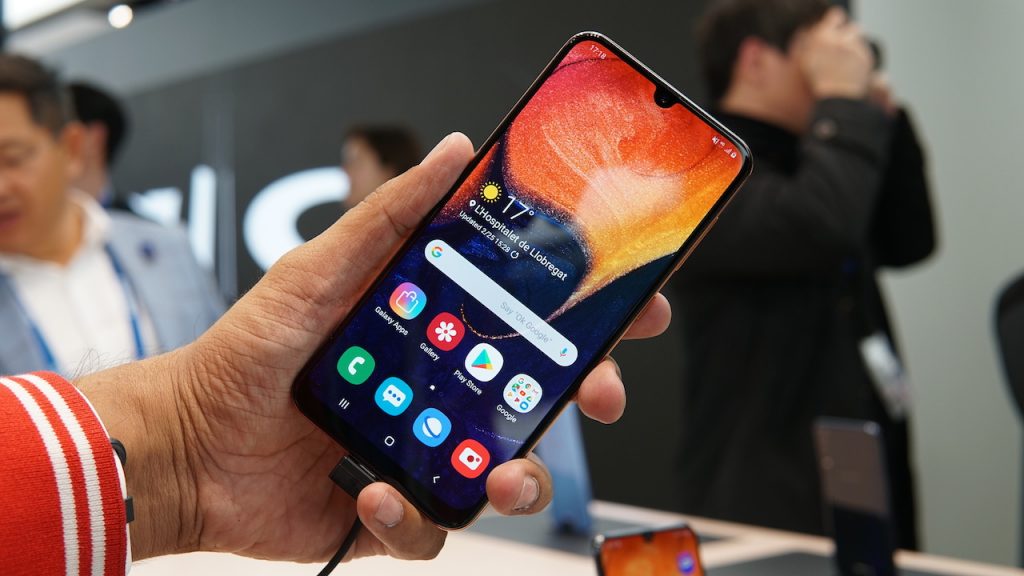 That's very impressive considering that December isn't even here yet. Not to mention that Google hasn't even released the details about their latest patch - at least not at the time of writing this article.

By the looks of it, these updates don't seem to bring anything other than a security patch. That's with the exception of the S10. Because, as we mentioned above, it's now receiving stable Android 10 in Germany!

Most of the time, as far as updates are concerned, companies will focus on pushing them to their latest and most powerful devices. Aka their flagships.

And it only makes sense. You need to deliver special treatment to those who pay a premium. 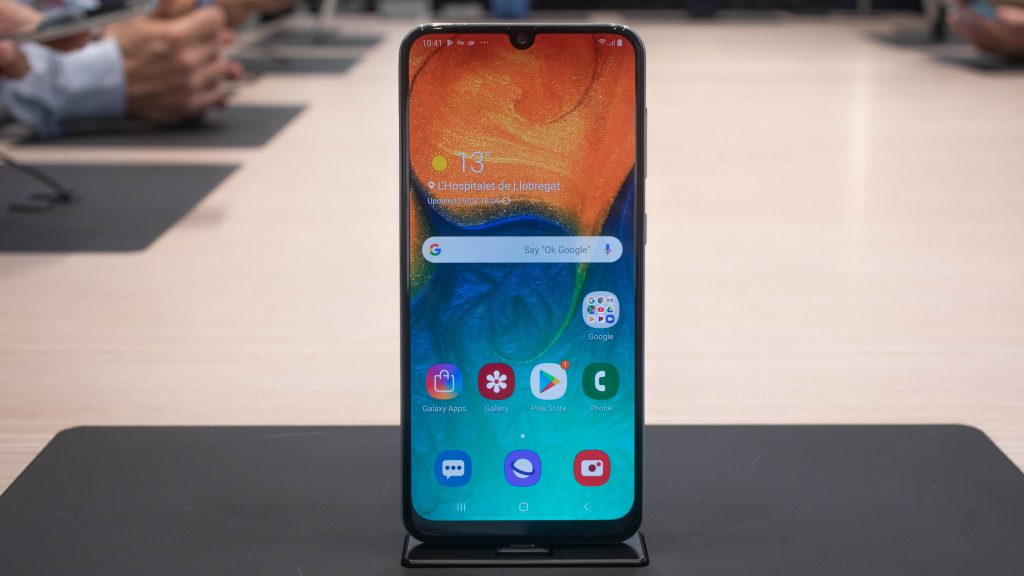 However, this time, Samsung is intending on pushing the latest version of Android to some of their budget devices as well. Apart from the flagships, such as the Note 10, S10, and Fold, cheaper models such as the M20, M30, and A30 are set to get Android 10 as well.

The roadmap hints for January. But, as we mentioned above, the Galaxy S10 has already started receiving the update on Germany - even though we haven't even reached December yet. So, things are definitely looking good for Samsung users at the moment.

As you can see in the image above, there are a lot of other devices that are expected to get Android 10 later on. But, only a small number is going to get it by the end of January.

It's not just the latest flagships that are set to get Android 10. Older ones and even budget to mid-range models are waiting for their turn as well. It looks like the Note 9 is next in line since it has already started receiving Android 10 beta in India! 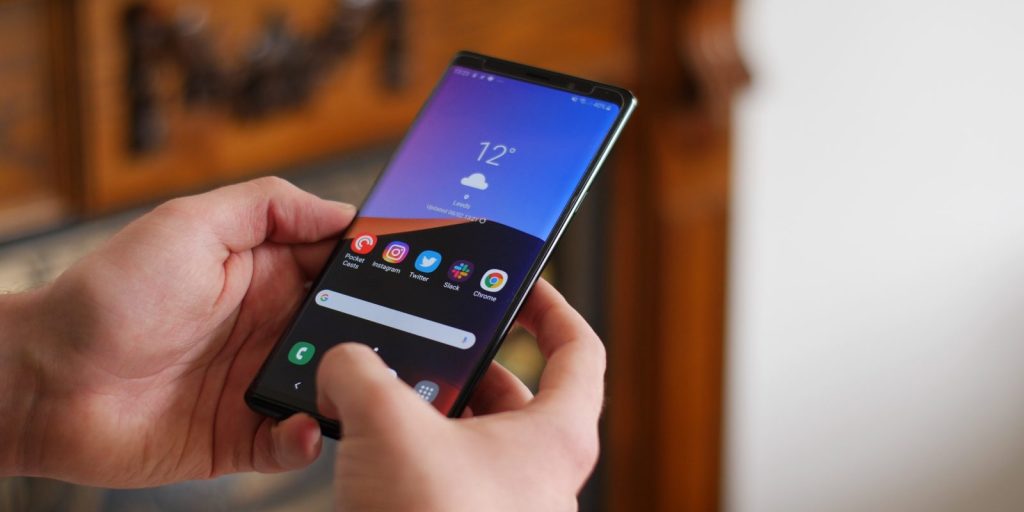 The very same update should already be available in the UK and South Korea. Other than that, we expect that it'll soon arrive to the US as well.

At the moment, we don't know if other markets that already have the Android 10 beta for other devices will get the very same update as well. But, we assume that they soon will.

As for the update, it comes in at 1.9 gigs with November's security patch and apart from Android 10, it also brings One UI 2.0 at the table. If you wish to know more about that, take a look at the S10 section above where we talk a bit more about Samsung's new skin.

The Samsung Galaxy S10 has already started receiving the stable version of Android 10. But, the Note 10, on the other hand, is still on beta. Thankfully, it at least got its third beta update now which fixes a lot of issues and brings quite a few improvements with it as well. 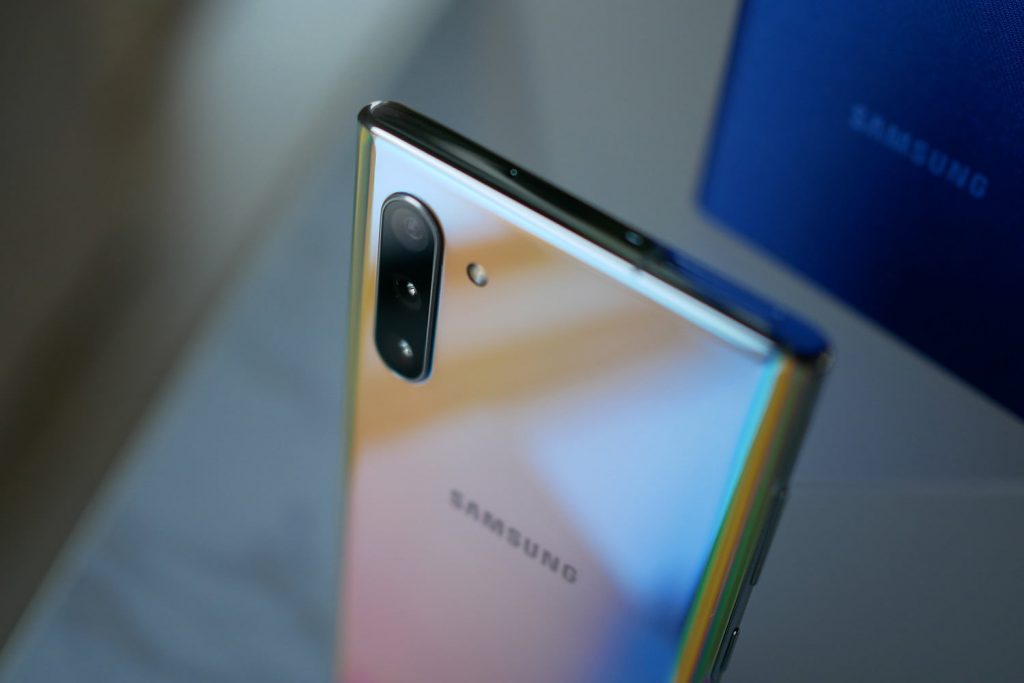 To be more specific, the update fixes the problem where you can't display SD card files in the My Files app, the random disconnections with Bluetooth headsets, the continuous phone restarts, and more.

Apart from fixes and improvements, it also brings the latest Android security patch. It weighs almost 400 megabytes. So, you may wanna enable the Wi-Fi before downloading it.

We currently don't have any information about the stable update. The rumors were talking about January. But, if you ask us, it seems much more likely to arrive somewhere in this month. Especially now that Samsung is mostly done with the S10!

That's all we've got for now. Feel like we forgot to mention something important? Got anything wrong? Then let us and everyone else know about it in the comments section down below!

👍 Understood. I turned it off ❓ How to disable AdBlock/AdBlockPlus? 😔 I do not want to help
❌